Fanatic Omes:
So I haven't posted anything about Rafa recently. Shame on me. I have been enjoying the new 'Rafa Nadal: Facebook Enthusiast' though, as I'm sure all Rafanatics have. I'm sure we never tire of this: 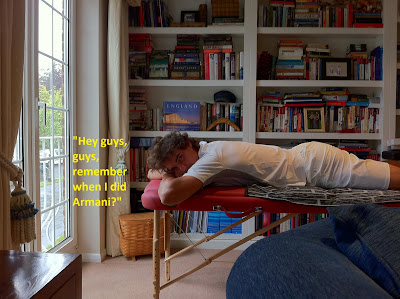 Anywhoo, I personally think he'll win Wimbledon. But then I always think he'll win everything he plays always and forever. But he seems happy and chatty and...shirtless a lot, incidentally. So I say, bring it on Wimbly! I'm so excited to see what's goin' on.
(Pic: Rafa's facebook)
Posted by Omes at 19:36 0 comments 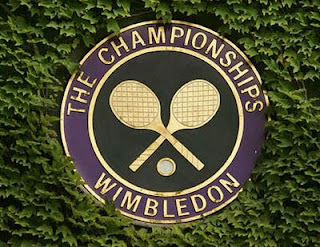 
The tennis world seems to be in a slight state of confusion as to which of the men, or should I should say, gentlemen will lift the golden marvel that is the Wimbledon trophy – the 125th edition. But who can blame them? Don’t get me wrong, the conversation isn’t whether outsiders, i.e. anyone outside the top four, will have a shot it; no this confusion is restricted to the likes of the Spaniard, the Swiss, the Serb and the Scot. Observe:


Novak Djokovic must be holding some record for the amount times people have referred to him as “unbelievable” or “incredible” thanks to his unbelievable and incredible streak. Surely a 41-match winning streak would be more than enough to go by for Djokovic to be considered a possible winner at the All England Club. But just in case we needed a reminder that he will from here on in be one of the world’s best, he kindly treated us to a frightful demolishing of Simon at an Exhibiton match in the Boodles, Stoke Park. However, you say, he’s just had a shot at number one and his first Slam outside of the Australian open against someone he’d beaten three times prior. But the occasion got to him, and he’s made no secret of the fact that a win at Wimbledon is a life-long dream of his. A final here would be the mother of all occasions.


Rafael Nadal is a man who benefits a lot from confidence. And red hot from winning his record-equalling sixth Roland Garros title, his confidence must be higher than sky high. You only have to look at his 2010 season to see what a big win on his favourite surface does for him. And as he's showed us, once again moving straight on from victory to practice at Queen’s - he’s more than willing. On the flipside his French Open ride had more turbulence than we’re used to seeing and he did reveal that schedule demands were starting to get to him. Lest we forget Wimbledon and Roland Garros overlap in June – how’s that for demanding?


Roger Federer silenced his critics – and let’s face it, a still, small part of all of us – when he ended Djokovic’s freak-streak to make yet another Grand Slam final. What’s more is that during those finals he showed some masterful signs (including a version 2.0 backhand) that would indeed work very well on the grass.  Nevertheless the Maestro is getting older, no matter how much his impeccable movement hides this fact. And he hasn’t held a Slam for a "Federer-while". That could definitely play a part.


Andy Murray seems to be a more relaxed, more focussed version of himself. It was this new attitude that allowed him a second win in Queen’s. And this combination of positivity and confidence gives him the best chance he’s ever had at Wimbledon; bearing in mind that he is an ever-present semi-finalist. But, for as long as he remains British, his shoulders will remain laden with British pressure. And contending with all of it could be just difficult as winning the darned thing.


So with their pros and cons in equal measure, it seems that the top four are all as favoured as each other. We wait with bated breath and sweaty palms.


Some have argued that the men’s draw won’t start to heat up till the semi-finals, but may I kindly remind them of the (my) pick of contenders: Tsonga – King of Queen’s, Kohlschriber – winner of Halle, and Baghdatis who’s showing some good form. It’s also worth keeping an eye on Roddick who always comes alive at this tournament (and by the way hasn’t retired yet!). And for the young guns: Milos Raonic who you’ll no doubt have heard about now. Otherwise...

Click "Read more" for my neutral take on the ladies. 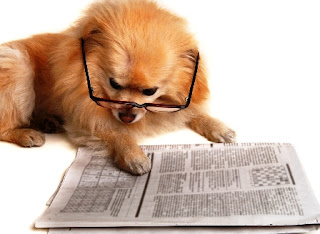 Neutral Omes:
The gaping hole in the WTA started to fill up this week as the Williams sisters chose the Aegon International tournament at Eastbourne, UK to stage their comeback(s). Venus was out for 5 months with a hip injury; whereas Serena’s injuries stemmed back almost a year, first slashing her foot on broken glass and then, to add insult to injury, suffering a life-threatening blood clot.
“I'm just excited, more than anything, to be playing." The younger Williams expressed her eagerness to be able to compete again. 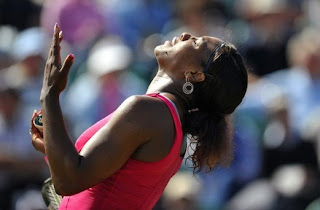 Venus managed to battle her way past her first two opponents to reach the quarterfinals. But she’s flying the Williams flag alone as Serena, (having showed unbelievable resilience in her opening match against Pironkova to close it out after an understandably tentative first set, 16 63 64) failed to do the same for her second match despite actually serving for it during the second set.
The match – against world no. 3 Zvonareva, drama ridden from start to finish, reminded us just how much we missed the four-time Wimbledon champion. Serena looked in control at the start and there were numerous flashes of the intimidation factor she possesses; but a pesky year away from match play will manifest itself some way or another, and it did so for Serena by way of her mental and physical fitness.
The two played a competitive tie-break in the second set which Zvonareva secured and after she broke early in the third, that looked to be it. But Serena is Serena. Having run out of strength, she tapped into her heart reserves – of which there seems to be an abundance – to even the score at 5 all, breaking twice, including when the Russian served for the match at 54. But that proved to be just about all she could muster as Zvonareva broke back and played a much more convincing game to serve out the match.
Despite the loss, Serena should be nothing but positive. She now has a feel of competing once again, and just in time for Wimbledon. If she finds a good combination of training and rest and brings that fighting spirit along with her ticker, she will no doubt be in good stead for a title defence. After all, who else could perform that emphatically after spending a year off-court; fighting for their life in the mean-time? Only Serena.
Click "Read more" to see my fanatic take. Do it do it do it.
Read more »
Posted by Omes at 00:30 0 comments

Oddly enough, Roland Garros champion Rafael Nadal has taken to practicing on clay in perparation for his title defence at Wimbledon, as there seems to be a lack of grass courts in his hometown of Mallorca. But don't call him crazy just yet. Last year Nadal admitted that during the second week of Wimbledon (when the players have worn down all the grass) the courts actually start to play a lot like clay. And thus we have a method to the madness.

Why is Rafa practicing on clay for Wimbledon...? Because he can.
As a wannabe/failing/very limited Castellano speaker the language sounds cray cray. But in a good way. Anyone care to translate?
Side note: I hope they don't start papping Rafa in Mallorca too much!

I love this from Your Volleys Suck. Shows that Roger is NOT a douche, despite the notorious collection of one-liners from some of his pressers rolling through the inter-web. It also kindly shows us an actual douche for reference. Which was also really helpful. Reading through the post is actually really touching. Or maybe I'm just really emotional (my womb has been active as I've just baked some cookies). Gotta love King Fed. 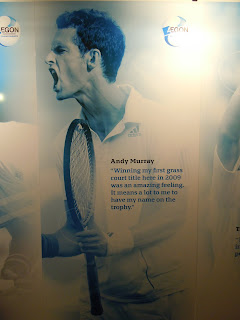 Andy Murray has made history becoming the only Brit to win two Queen’s trophies since 1920-somethin’-a-rather. The world no. 4 battled from a set down, fighting off a Tsonga that looked to have all the answers (even diving for a good few of them,) right until the second set tie-break. The Scot will be a serious threat for Wimbledon now. And I’m not saying this because of his game – his game has always been there. But today we were treated to a much calmer, level-headed Murray who shook off mistakes and seemed to always be looking forward. Coming in from the French Open with an injury yet to fully heal, he’s done very well mentally to get to this point. No, not even the ankle could stop him looking forward. And now with the confidence of the Queen’s trophy, he’ll no doubt be looking forward to Wimbledon.

Oh no, Andy is blatantly going to be in Rafa’s side of the draw. It’s difficult ‘cause I don’t want Andy to lose, but I want Rafito to win. It’s hard work splitting your loyalty. I did say Andy could have next year’s Wimbly so, yeah we’ll just stick to that. Well done Andy, but kindly step aside darling.

One more step till the big man himself becomes a twit.
Posted by Omes at 12:16 0 comments

Fanatic Omes:
So it turns out that:


Our players had a twit-tastic day that would have made Roland Garros shiver with regret* having discovered the players’ readiness for karaoke.
I don’t think I could do justice to what went down, so I’ll let them tweet for themselves:
Nole: 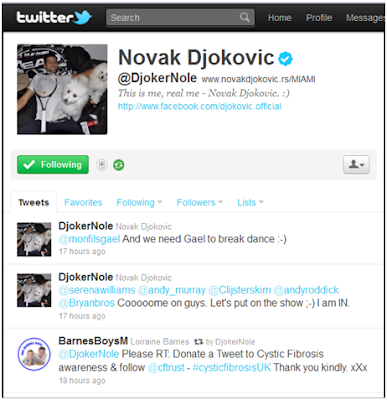 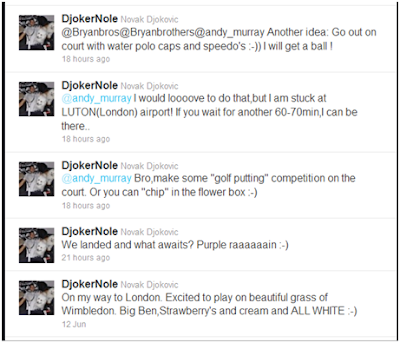 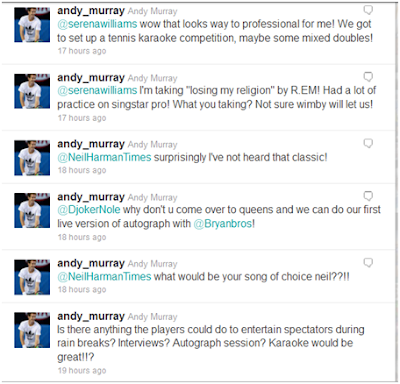 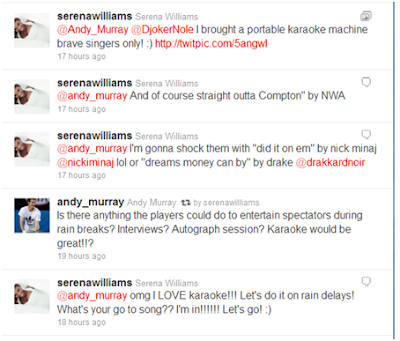 Gosh how we love our guys and gals.
In other depressingasIamatworkandcan’bbelievethepriceofthetickets news, Queens’s finals tickets cost a tenner. That’s £10 for you non-UK folk. Go on type that into Google and see how much it is in your currency.
The online tickets sold out in an hour but the good people at Queen’s reserved 1000 more to be sold at the door. I understand that people had been queuing since 2.00am. (Uh guys, you know it’s a best of three right?)

So the final should begin in about half an hour. There’s no rain in sight, but as discussed earlier that may actually be a bummer.
*RG opted not to do players karaoke this year. Booo.