Neutral Omes:
Women’s tennis has been the target for much criticism for a while due to the lack of dominant players on the scene. There are certainly plenty of folk who will enjoy the thrill and unpredictability of a new face every trophy, but a sizable amount of experts (ex-tennis players, commentators, coaches, journalists and the like) will tell you that it doesn’t do much for the image of women’s tennis. Many would echo Nick Bollettieri’s sentiments that the women’s circuit needs more “pizzazz.”

There is no doubt that the history of women’s tennis is indeed one of the most compelling in sport, having given birth to some of the most brilliant champions (of either gender) in the sport’s history. With the likes of Steffi Graf - the first and only player, male or female, to win a Calender Year Golden Slam (not to mention double-bagelling Natalia Zvereva in 32 minutes at the 1988 French Open, in the most one-sided final of the Slam’s history); Martina Navratilova who aside from winning every single Slam - singles, doubles and mixed doubles (all but one multiple times), holds the Open Era record male or female, for the most singles and doubles titles; Chris Evert - the player with the best win to loss ratio at 1,309–146 (90% of matches played won) and who might I add never lost in the first or second round of a Slam in singles; Margaret Court - the player with the most Gran Slam singles titles; and many more names of renown (key in Williams squared, Seles, Henin and Clijsters) not just within the sporting community, but for your average layman. The women’s circuit has established itself as a domain worthy of much admiration and inspiration.

True that with the absence of the current generation’s injury-laden champions, we’ve been lacking this state of super-stardom in women’s tennis for a little while*, but it looks like the tide is ever so slowly starting to twist and turn. Not only have we got said injured champions, Venus, Serena, Sharapova and fingers crossed, Kim Clijsters making their resurgences, but we’ve got young, strong up and comers like Wimbledon champion Petra Kvitova and exciting talent, Sabine Lisicki who will hopefully eventually be able to challenge them. And thankfully it doesn’t feel like we are trading names at the latter stages of every tournament.

I’m well aware that we’re yet to see the spawn of Seles at a shootout with Serena in every Slam final, but it won’t be long before we see some dominance from the ladies.

For now let’s just be content with that fact that for the first time in a while it would at least be a shock to see the 400th-ranked female player holding a big trophy.

*True that the current female number one has hardly failed the WTA on the consistency front, but she’d have to bring that same consistency to the Slams in order for her to be in the champions conversation.
(Pic: tiptoptennis.com)
Posted by Omes at 01:20 0 comments 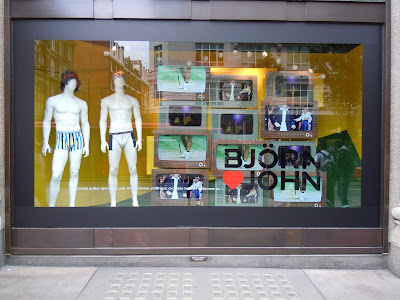 Fanatic Omes:
I came across this display on the windows of the Selfridges department store in London.
So the only logical thing for me to do was to cross the threshold and delve into the exciting world of men’s underwear and see for myself the fruits of Bjorn Borg and John McEnroe's underwear-y labour for charity. 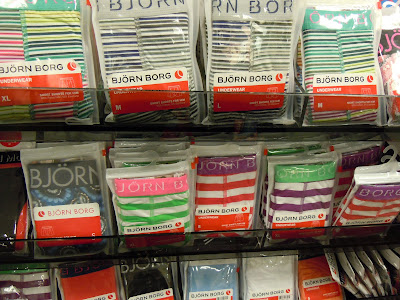 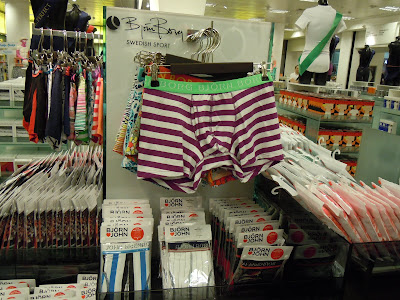 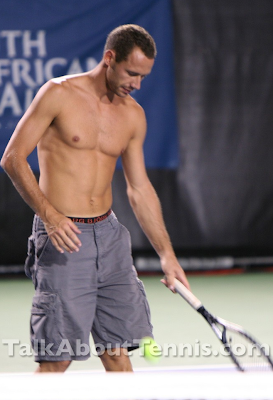 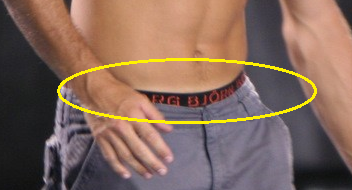 I was going to nominate Rafa but this will do just fine. Plus he already has underwear loyalties of his own.

Day Five at the Rog 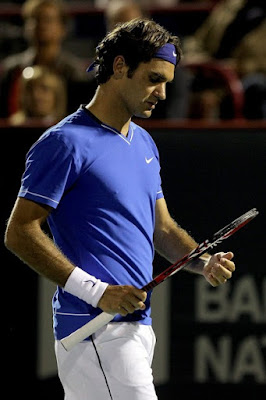 Fanatic Omes
So. No Rafa, no Andy, no Delpo, no Woz. And now Rog is out, Bepa is out, Masha is out.
Guys seriously, just make Nole and Serena compete with each other for the title.


Fanatic Omes:
Tennis boys seem to have a type - sweet and stunning.
(Vid: ATPWorldTour on YouTube)
Posted by Omes at 14:56 0 comments

Day Four at the Rog 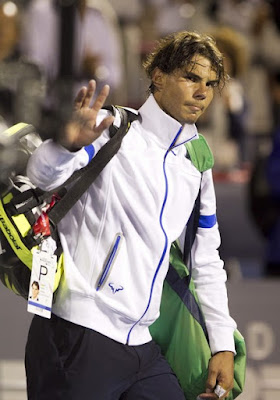 OOP for men
OOP for ladies

Men's matches of the day: Fish vs Gulbis and Federer vs Tsonga; 4th on Central and BN respectively
Ladies' match of the day: Zvonareva vs Radwanska; 3rd on Grandstand

Day Three at the Rog

Fanatic Omes:
Well Murray did certainly momentarily forget how to play tennis, didn't he? (I’m calling him “Murray” 'cause I’m mad). He did say he wanted to pace himself before the US Open but I think, I THINK, he’s going to want to re-think that strategy. (Maybe inhale a two-foot baguette?) I guess the only solace we can take is that for the last two years he’d worked really hard for the Toronto and Cincy and then lost out at the USO so...ohhhhh, I don’t know.
Seriously though I’m sure he’ll be fine - we’ll just “Butterfly Effect” that shiz along with the 2011 Wimbledon final.
And speaking of Rafa Nadal, he begins his campaign today. Nerviose.
Other things I want to say:
Kim has sustained yet another injury. I can't...
Canadian wildcard, Pospisil, or Popsicle as I'm sure we'll all be calling him (ranked 155), upset Chela in his first round match. He is adorbz. He will now go on to play... Federer. Pahahahaha.
OOP for ladies
OOP for men
Ladies' match of the day: Serena Williams vs Julia Goerges; 3rd on centre
Men's match of the day: Jo-Wilfried Tsonga vs Bernard Tomic;1st on BN Court
(Pic: AP)

Day Two at the Rog 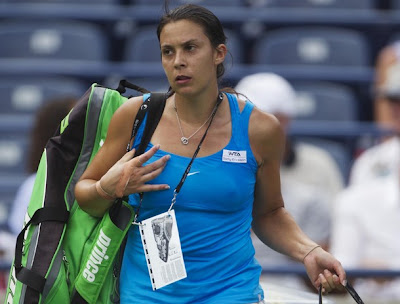 Well that went alright, didn't it? Not much dramz on the men's side, but the ladies...oh Marion, Marion... 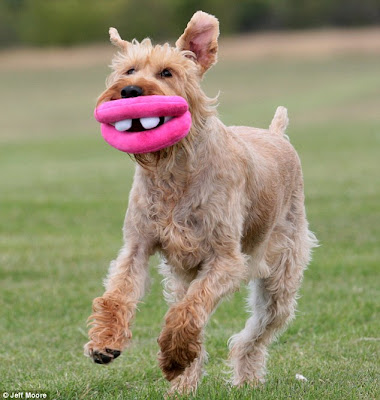 Fanatic Omes:
Well shave my legs and call me grandpa! It’s Masters 1000 time again! With the top 20 guys and dolls in action at the Roger's Cup, well dun’t it just feel a lil’ like a Slam? I’m so excited for a sleep-deprived, concept-of-reality-deprived, social-life-deprived-and-subsequently-friendless month.
It’s the taste of Hard Court, baby, and it tastes like happy.
OOP for men
OOP for women 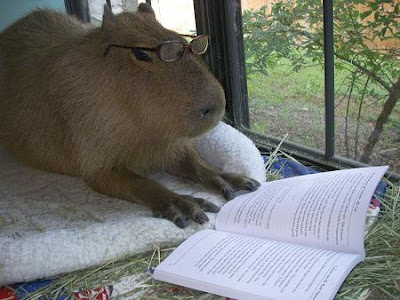