Second Round Sound Off 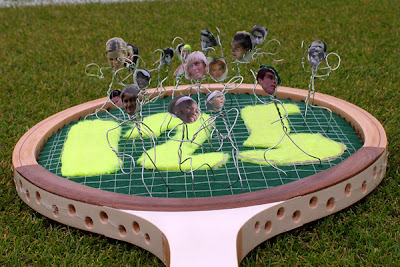 Neutral Omes:
Ryan Sweeting was overpowered by an ace-rich Nadal who showed his intent, fighting off a resurgence in the third set from the American in yet another brutal performance. It was the defending champion’s first time under the roof which he admitted, although it was a unique experience, that he prefers his Wimbledon outdoors. Andy Murray also advanced to the third round winning against Tobias Kamke with some good serving, this time more comfortably in straight sets. The Scot did admit he was not yet at the top of his game however : "I served well, but the rest of my game needs some work.” he divulged. Nadal d. Sweeting 63 62 64; Murray d. Kamke 63 63 75
Novak Djokvic claimed his match against Kevin Anderson in authoritative fashion and seems to still be reeling off of the confidence that only a 41 match winning streak can bring. "Mentally I do have a different approach to Wimbledon than I had years before. It's obvious because of the winning streak that I had, the confidence that is very high.” The Serbian informed. Federer also outplayed and outclassed his 2nd round opponent - Frenchman Adrian Mannarino, who nonetheless put in an effortful performance. Djokovic d. Anderson 63 64 62; Federer d. Mannarino 62 63 62
Venus Williams fought hard against an inspired veteran, 42 year old Kimiko Darte-Krumm in arguably the most competitive, entertaining ladies match in some time. There was some exquisite shot-making from both women from start to finish, but in the end the American’s will carried her through. Williams d. Date-Krumm 67 63 86
However rusty her game, Serena showed her enormous fighting spirit remains unblemished, as she battled hard from a set down. Despite surprisingly being allocated to court 2 as the defending champion, Serena found the game to reward the presumably unsuspecting crowd with en emphatic win. Williams d. Halep 36 62 61
Laura Robson showed her enormous potential by taking it to champion Maria Sharapova. The 17 year old Brit raced to a 4-1 lead in the first set but Sharapova showed why she is the champion she is to break back and win a competitive tie-break. Both players kept up their levels in the 2nd set but the Russian proved too strong for Robson in the end. Sharapova d. Robson 76 63
Gentlemen’s thriller: 14th seed Stanislais Wawrinka losing in straight sets to unseeded Itallian Simone Bolelli. Bolelli d. Wawrinka 76 63 76
Gentlemen’s shock: Soderling fought from 2 sets to love down to beat former finalist Lletyon Hewitt. Soderling d. Hewitt 67 36 75 64 64
Ladies’ thriller/shock: dark horse Sabine Lisicki, who has said she had to learn to walk again after her surgery, taking the match away from French Open champion Li Na in a very competitive tussle. Lisicki d. Li 36 64 86
Fanatic Omes:
Loving the way Rafs is playing. And he’s so gosh darn happy. *Gush* *gush* *sigh*. There are reports around the interweb that his padres are back together but I’m not going to believe anything yet. Either way, he’s averaging, what, 3 pics and a video on facebook per day? The guy is enjoying himself. And it was fun watching his match against Sweeting. And by fun I mean yummy. Both are quite easy on the eyes.
Nole and Fed are looking gooood. Bring on a top four semi-final. I’m up for the challenge.
I’m not gonna lie, I’m finding the ladies’ proceedings more interesting than the men’s at the moment. (I’m sure that will change come the semi-finals). And when one of my twitter buddies suggested so, I scoffed and looked upon them with disdain and disgust. But they were right! The girls are crayzay. Stories upon stories and not just Williams.

I was more of a purely die-hard ATP fan pre-Wimbly, but now I likey de ladies too. Which means my LIFE will now be taken up with tennis as I’ll not solely be following the ATP tour.

Another day another dollar 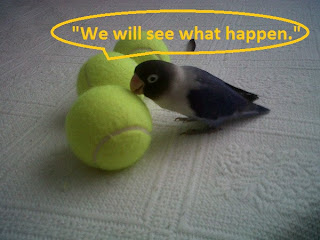 Konichiwa! OOP today:
http://www.wimbledon.com/en_GB/scores/schedule/index.html
Match of the day: Laura Robson vs Sharapova since they couldn't play yesterday - 1st on court 1.
Over the course of writing this post the weather has exhibited characteristics from about three of the four seasons so expect another pre-menstrual tension-filled weather day. I'll be sneakingly keeping one eye on the stream at work and trying not to fist pump or vamos out loud.

Fanatic Omes:
Hey hey hey. OOP for today:
http://www.wimbledon.com/en_GB/scores/schedule/index.html
Match of the day: Laura Robson vs Maria Sharapova - 3rd on court 1.
Get this: there are so many matches to be played that they’ve put Serena on court TWO. Well at least those who don’t queue for 72 hours at the cost of cleanliness wouldn’t be penalised.
Anyway I’m offs to gets me some works dones.
Posted by Omes at 10:31 0 comments

Round One at Wimbledon 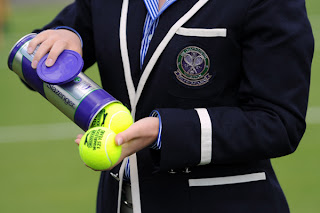 Nadal and Murray both fought off slow starts – Murray from a set down – to seal some emphatic victories, and keeping their semi-final hopes alive. The world no. 1 was very appreciative of opening proceedings at the All England Club – something he couldn’t do so as the defending champion in 2009 as he had to pull out of the tournament after suffering from tendonitis in his infamous knees. Nadal d. Russel 64 62 62; Murray d. Gimeno-Traver 46 63 60 60
Novak Djokovic and Roger Federer both fought off early opposition and then sailed through their opening matches. Both are more than looking the part to reach the latter stages of the tournament. Djokovic d. Chardy 64 61 61; Federer d. Kukushkin 76 64 62


Venus Williams cruised into the second round defeating Akgul Amanmuradova 63 61. It was a tougher and more emotional journey to the second round for sister Serena as she fought to win her first Slam match in three sets against a tough, hard-hitting Arvanne Rezai 36 63 61. The 4 time Wimbledon champion, overcome with emotion due to the tumultuous battle she’s had with illness and injury, broke down, much to her surprise with tears of joy; showing the world just how appreciative she is to be alive and to be competing again.


Other favourite Sharapova looked in commanding form, winning her match against Chakvetadze 62 61.


Gentleman’s thriller: Fernando Verdasco engaged in a 5 set battle with in-form Radek Stepanek, in the first competitive gentleman’s tussle. The Spaniard took it 97 in the fifth.


Ladies thriller: Francesa Schiavone and Jelena Dokic engaged in a very competitive match from start to finish, with a point here and there determining a victory for the Italian French Open winner.
Ladies shock: World no. 10 Sam Stosur going down to Melinda Czink, the lowest ranked player (262) in the championships.

Hola guapos. Here is the OOP for today:

Today I am working from home! And you know what that means ; )...

It means actually working from home 'cause I have so much to do : |. But then I can keep the other eye on Wimbledon in HD baby!
Posted by Omes at 12:06 0 comments 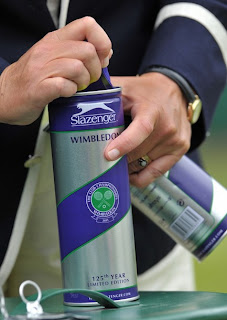 The OOP for today:

There are a tonne of matches scheduled today - I think about 94 - 'cause of the rain delay. So enjoy, friends! Enjoy in HD at home for you lucky mugs who don't work. The rest of us will have to deal with stoppy and starty internet streams; in the meantime making ourselves good candidates for redundancy because we're not getting any work done. And we don't care.

This is awesome but also demonstrates that people sure do have time on their hands. It's cool though. Statement-y and all.

Order of play:
http://www.wimbledon.com/en_GB/scores/schedule/index.html
Match of the day (aside from the top dogs):
Radek Stepanek vs. Fernando Verdasco
And finally some eye candy: 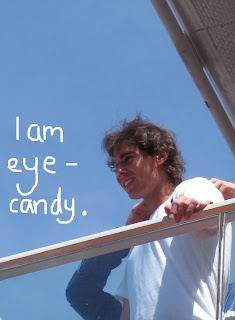