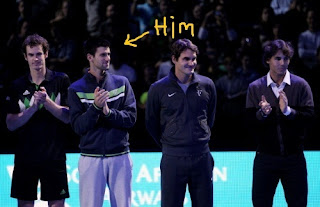 Neutrality:
Novak becomes the first to qualify for the Barclays ATP World Tour Finals following his win over Rafael Nadal in Rome. He becomes the second player to qualify before Roland Garros since 1990 (Nadal being the first in 2009). Ironically it was at the Finals that he lost his last match. Congrats Novak.